Learn About the History Behind Sleep Apnea Treatment in Los Gatos! 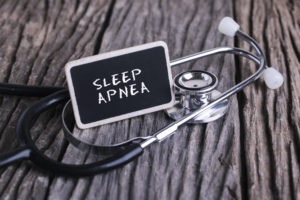 Sleep apnea wasn’t well understood for many years, despite there being written records about it from 2,000 thousand years ago! In fact, it wasn’t until the last century that the causes, effects and treatments for sleep apnea were discovered. Thanks to those discoveries, patients today can reduce the impact sleep apnea has on their health and overall quality of life. The risk for high blood pressure, weight gain, depression and heart disease can all be reduced with sleep apnea treatment in Los Gatos. Not to mention that sleep quality and energy levels go up as well. Learn more below about the history of sleep apnea and how an oral appliance from your dentist can help!

An Old Link To Charles Dickens

Sleep apnea actually used to be called “Pickwickian Syndrome,” which is derived from a Charles Dickens’ book called The Pickwick Papers. In the book, an overweight character named Joe shows signs associated with sleep apnea, hence the name.

For centuries, doctors only focused on extra body weight as the cause of sleep apnea, but today we know there are multiple causes, including:

In the 1950’s and 1960’s, researchers discovered that the fundamental cause of sleep apnea is improper nighttime breathing.

Then in the 1970’s, veterinarians began treating dogs with sleep apnea by performing tracheotomies, which lead medical doctors to use the same treatment for humans!

Finally, the earliest form of the CPAP machine was developed in the early 1980’s by a researcher named Colin Sullivan. These “face masks” created positive airway pressure that kept people’s airways open throughout the night, greatly reducing their symptoms from sleep apnea.

Thankfully, modern treatments don’t involve tracheotomies! And while the CPAP machine or surgery were considered the only treatments for many years, today patients have another, less invasive option: oral appliances.

While a CPAP machine is still helpful for moderate to severe symptoms, researchers have found that simple oral appliances are very effective for people with mild to moderate sleep apnea.

Easy-to-use, compact, and lightweight, many people find oral appliances far easier to use than a CPAP machine. And the best part is that they can be easily made by a dentist in Los Gatos.

Sleep apnea can have serious consequences on your overall health and well-being. But with easy and effective sleep apnea treatment, it doesn’t have to!

Dr. Gregory Sawyer has been a dentist for just over 40 years and has seen dental research come a long way in that time. He loves being able to offer easy, non-invasive relief from sleep apnea that restores his patients’ quality of life. If you suspect you might have sleep apnea or have any additional questions, he can be contacted via his website or at (408) 402-0900.

Comments Off on Learn About the History Behind Sleep Apnea Treatment in Los Gatos!

Sorry, the comment form is closed at this time.